There is a project in development in Assynt at the moment that we all need to be aware of. On the face of it, it is a conservation scheme that should be welcomed, and it is certainly presented as such.

The project is centred on improving woodland and other habitats on the 2000 ha (5000 acre) Eisg Brachaidh property to the south of Lochinver. The proposal is to erect a rather expensive twelve mile deer fence around the whole property. It will cost £420,000, almost £18 per metre, around half of which has currently been secured. It will be managed by Woodland Trust Scotland (WTS), who along with CALLP (Coigach and Assynt Living Landscape Partnership) are part funding the initiative. The biggest funder however is Nature Scot (formerly Scottish Natural Heritage) who are contributing almost £200,000. It’s a big investment in the area and promoted as an exemplar habitat restoration scheme.

A map of the area to be fenced can be seen here (click to view full size): 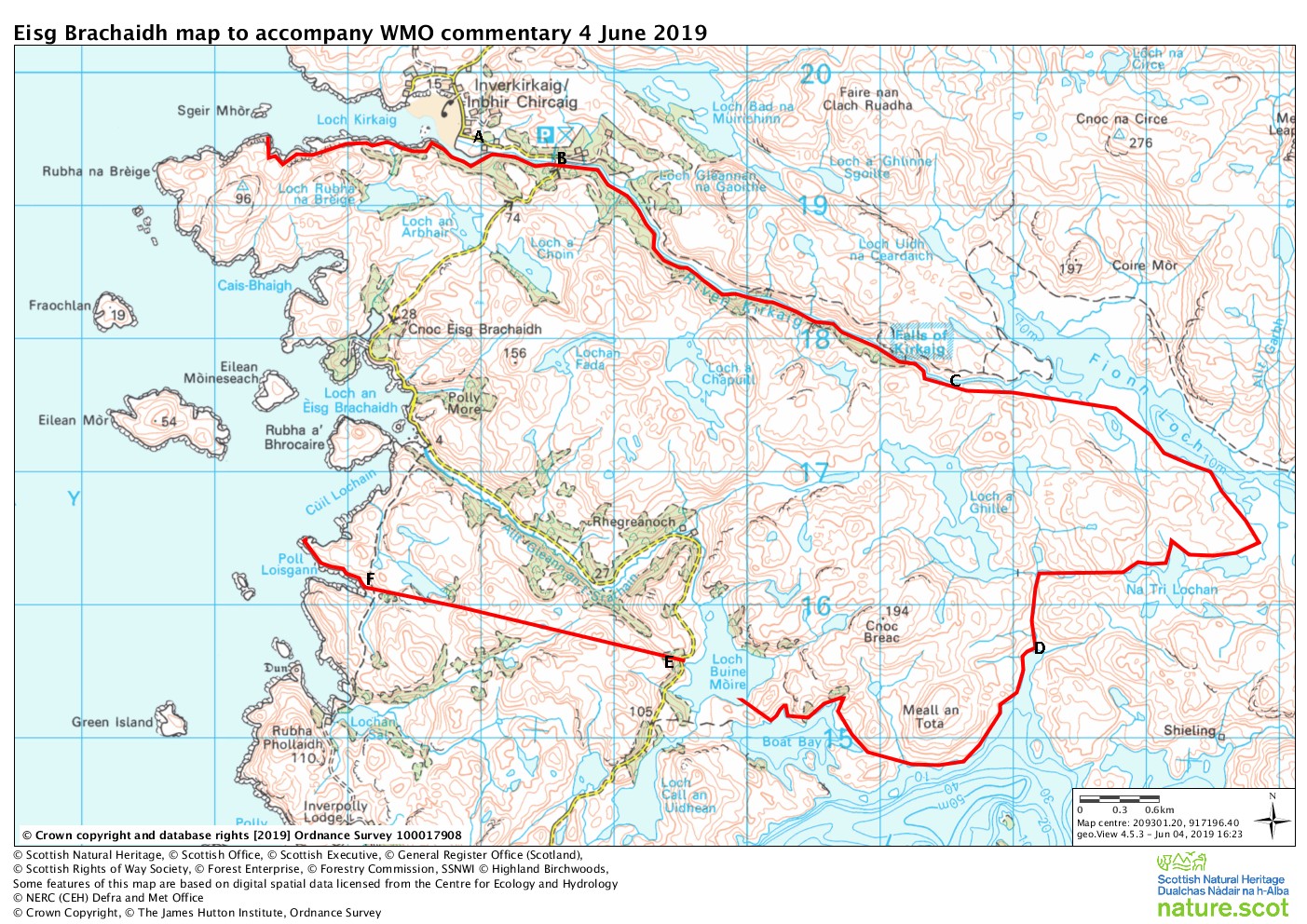 The problem is that hardly anyone knows about this. There has been no consultation, and no means to make any meaningful contribution to the development of the project. The initial funding appears to have been achieved with no background information or analysis back in March. Nothing was said all the way through the COVID lockdown, but the project is now apparently imminent, with Environment Impact Assessment still in progress, and no assurance about the outcome of that.

Many people would say that the iconic Assynt landscape is the last place in Scotland where you would want to be putting twelve miles of deer fence without any oversight or scrutiny, and especially with a group like CALLP involved who are set up specifically to protect that landscape. The clue is in the name. You might expect an organization like the Woodland Trust who are generally well respected in Scotland and locally as well to be more careful, and you would certainly expect an organization like Nature Scot (formerly Scottish Natural Heritage) to pay more attention in Assynt when they have had their fingers burned here before. Throughout this article their former name will be repeated in brackets at every instance just to make this point, because it is they (again) who have been at fault.

The core problem is that the cash has been allocated first, and then the detail has been left for others to work out afterwards. Why is that?

This fund is managed by Nature Scot (formerly Scottish Natural Heritage) and is aimed at delivering big, ambitious schemes that cannot be funded by other means. Normally, woodland schemes would be taken forwards through the Forestry Grant Scheme, but in this case, there is an agricultural occupier on the ground, and it is only they who could apply for this unless the woodland area is resumed by the landlord. There have been discussions recently to this end, but that has now been overtaken by events. To be transparent, the occupier is us, Inverpolly Estate.

The problem here is that we are said to be in a biodiversity crisis, everything is said to be urgent, and money needs to be shoveled out the door as soon as possible. The Government’s response to this will be measured in pounds spent, not on outcomes achieved. Proper process must not get in the way or slow things down. If this was a Forestry Grant Scheme application, the project would need to be properly scoped out and analysed first, likely outcomes quantified, and everything consulted on. Only then would the funding be forthcoming. In this case, the money has come first, the urgency being apparently so great, but this has corrupted any proper process.

If you read the application form, you will be in no doubt that Eisg Brachaidh is in terrible condition, and that the urgency to do something is immediate and now. However, the broad range of habitats within the area are generally held to be in “favourable” or “recovering” condition, the woodland excepted. We know this because Nature Scot (formerly Scottish Natural Heritage) have said so, and this has been confirmed again in the Summer of 2020. The application process has over-stated the need, and another office within Nature Scot (formerly Scottish Natural Heritage) has read what it wants to hear and awarded the money with no due diligence whatsoever. Their colleagues elsewhere will now have to try and help clean up the inevitable mess.

Over-stating the urgency required to save something is the favoured fundraising tactic of many environmental organizations, because any admission of progress or good work from others is fundraising suicide and this cannot be contemplated or sanctioned.

Because the money has been awarded, those receiving it are understandably reluctant to let it go, and those looking to assess the project after the event will no doubt be under pressure to say “Yes” where they might otherwise have said “No”. In researching this subject, there have been various claims by those who would usually pay more attention of “Well, we are where we are…”, or “Its not ideal but…..”, or attempts to throw the onus on to others.

One astute observer has noted that the landscape impacts could only be mitigated by Photoshop. No-one seems to see the problem of putting a fence right next to so many lochs and bog pools which are the home of protected bird species, and the displacement of deer just appears to be a mere detail that others will have to try to deal with, this despite this issue being a major concern locally. If anyone doubts the importance of this, they might note that the latest edition of the Assynt News has its first five pages devoted to the subject.

And of course, there is the small matter of the current pandemic. The deer management and culling needed to mitigate this would be very significant even in ordinary circumstances, but in the spring lock down, all stalking activity was banned, markets disappeared, and venison became largely worthless. The virus is likely to re- occur, we can see it happening already. Even if stalking activity is not locked down again, the venison market is unlikely to be there. It is the worst possible time to be producing several hundreds of deer carcases, and if deer that are not worth anything are shot and left out to rot away in these numbers, then that is going to damage the reputation of all involved and the area more generally. The reputation of the John Muir Trust has not recovered from their Knoydart Deer Massacre in 2015. We don’t want that happening here.

All of this is bad process, and is likely to end up with a bad result.

If this type of project was to be better consulted on, it would end up in a much better place for everyone. There are two possibilities. One is that a much smaller area focused only on the woodlands would be enclosed, and this would eliminate most of the unnecessary and most damaging fencelines, and give neighbours time to adjust a deer cull. The other might be that no fence is required at all, and a focused deer management regime in that area will suffice. In both cases, there is analysis that can be done, and conclusions that can be arrived at that are better informed. Many people in Scotland will be very surprised that the environmental bodies and Nature Scot (formerly Scottish Natural Heritage) who constantly talk about better deer control can so quickly rush in to a massive fencing scheme without any obvious consideration of the alternatives whatsoever. Surely we have by now learned lessons from elsewhere?

Proper consultation will of course cause a delay in the project, almost certainly to next year, but that is a small price to pay, and will be of little consequence to the natural heritage of the area, which will ultimately be better served by doing this properly.

We are asking that the project be postponed so that due consideration can be given to this. We don’t want to see irrevocable damage to this landscape, to its wildlife or to deer welfare, all of which will be the inevitable consequence of the scheme that has been presented.

We also do not wish to see lasting reputational damage to CALLP, WTS or Nature Scot (formerly Scottish Natural Heritage), although this is ultimately their choice. Much better to listen to people, look at the alternatives first, and then do the right thing by the people of Assynt. A good scheme at Eisg Brachaidh will benefit us all. A poor scheme will not.

If you have any doubt about the landscape through which this fence will run, please look at the picture at the top of this page and try to imagine what it will look like. Photoshopping your pictures is not an appropriate way to mitigate this. This fence cannot be hidden. It must never see the light of day.

Please, no more unplanned fences and no more unnecessary arguments in Assynt. If funding is available for conservation management, we should use it to reduce land use problems, not create more.

How to Get Involved

If, like us, you believe there should be some public consultation before the project begins and the fence build gets underway, please get in touch with: 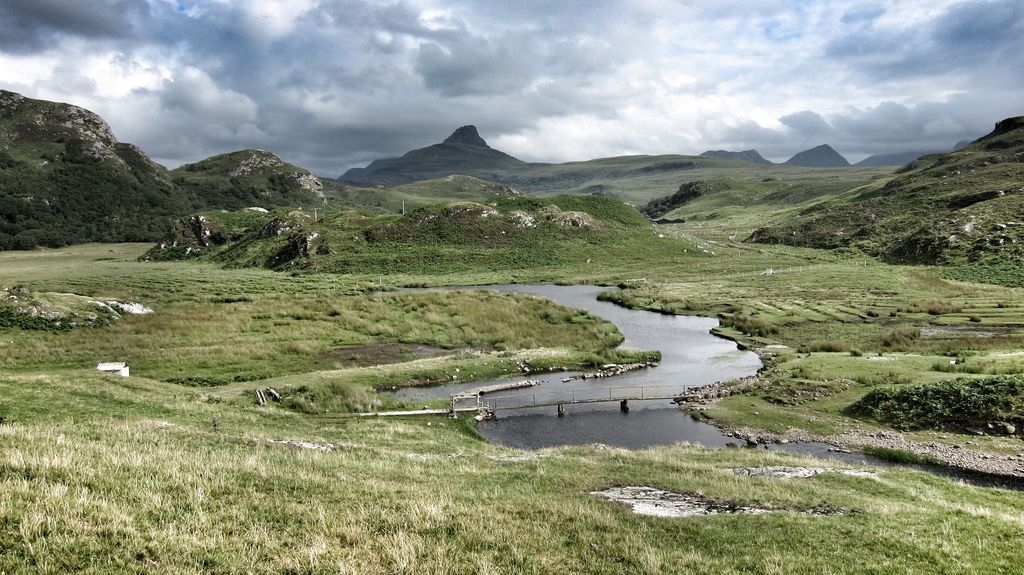 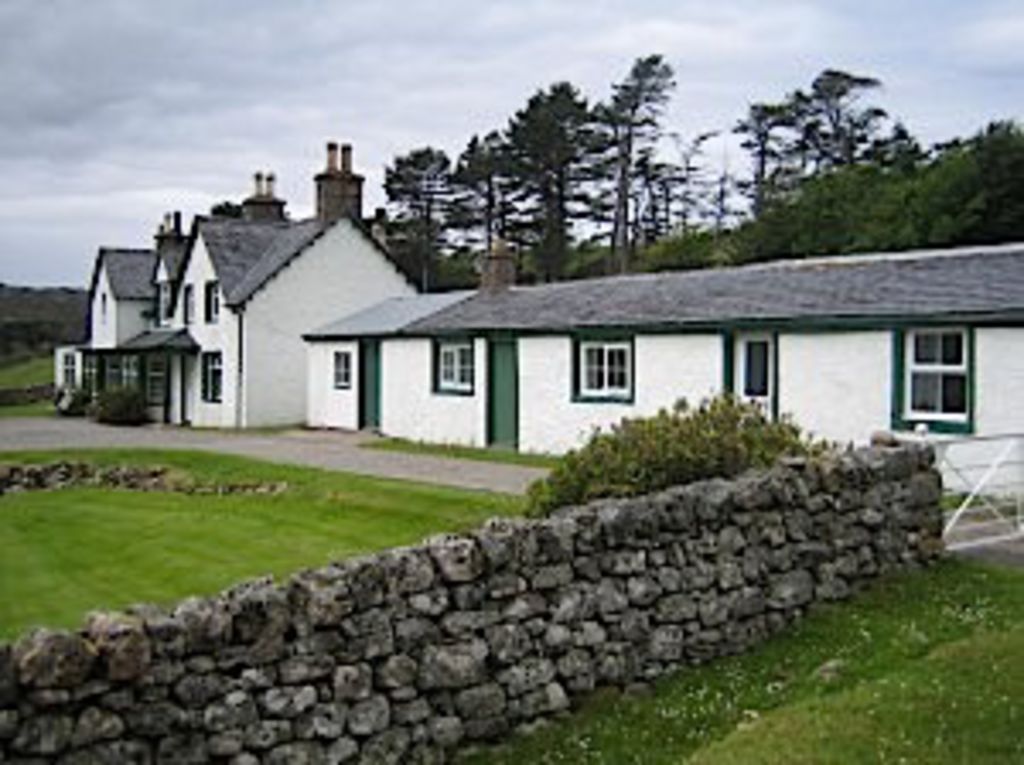